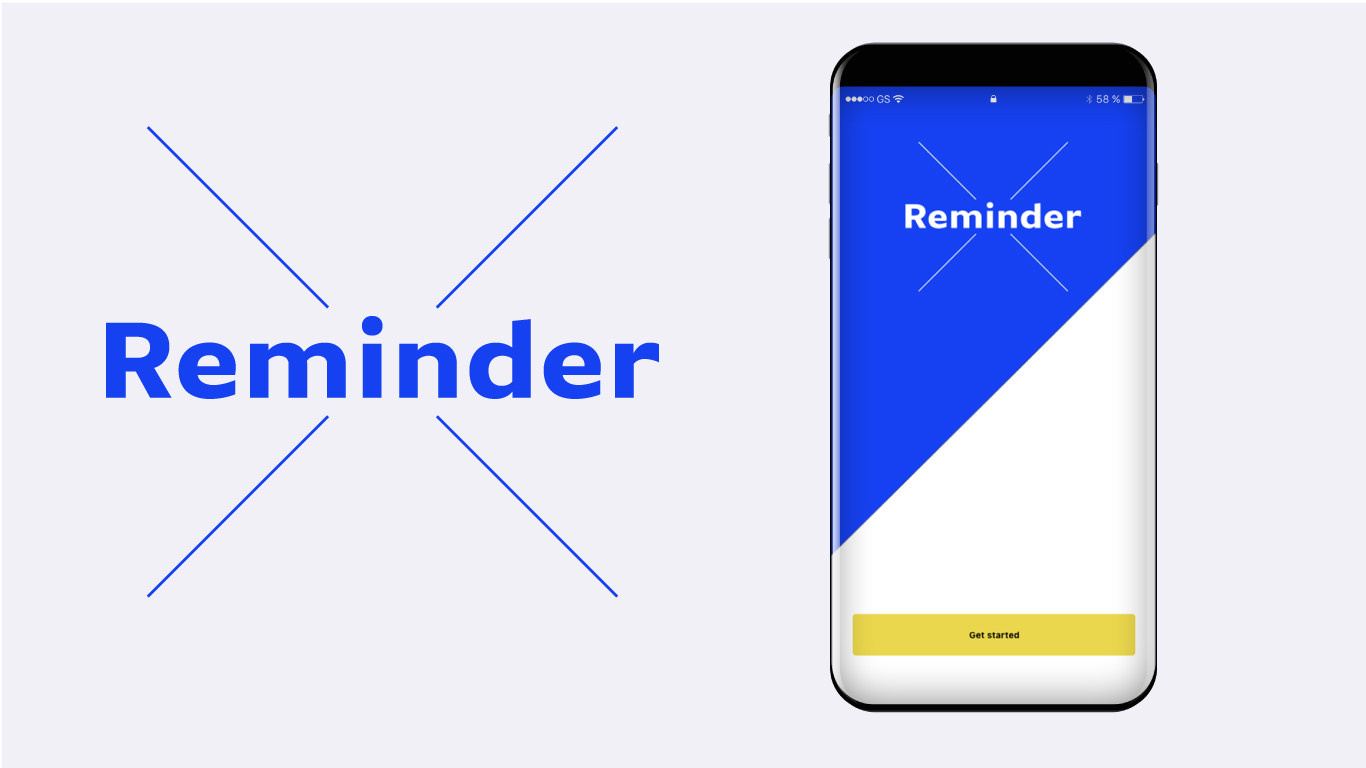 Reminder X is a fictional company and was created as part of the Usability class for the master’s program at Kent State University.Reminder X is a mobile app that was designed to assist people with setting reminders for everyday tasks and goals. Currently, the client (Reminder X) has an app that serves as a simple to-do list. They want to know what direction to take the app, in terms of its users. Their hope is that they can use the information from this research for future differentiators between them and other similar apps in the market.

The goal of this research is to determine how current and potential users, keep track of regular tasks and to-do lists. Armed with this information, Reminder X hopes to add critical features to its application, as it begins to think through the current app's redesign.

Analyze current Reminder X competitors and identify features and ways to differentiate the app in the marketplace.

I conducted on-location interviews with potential users of the application. I spoke to four different candidates, including two men and two women. This process took about a week. Each person completed a few different tasks within their native task and reminder apps and answered a series of questions about how they currently keep track of their important tasks. 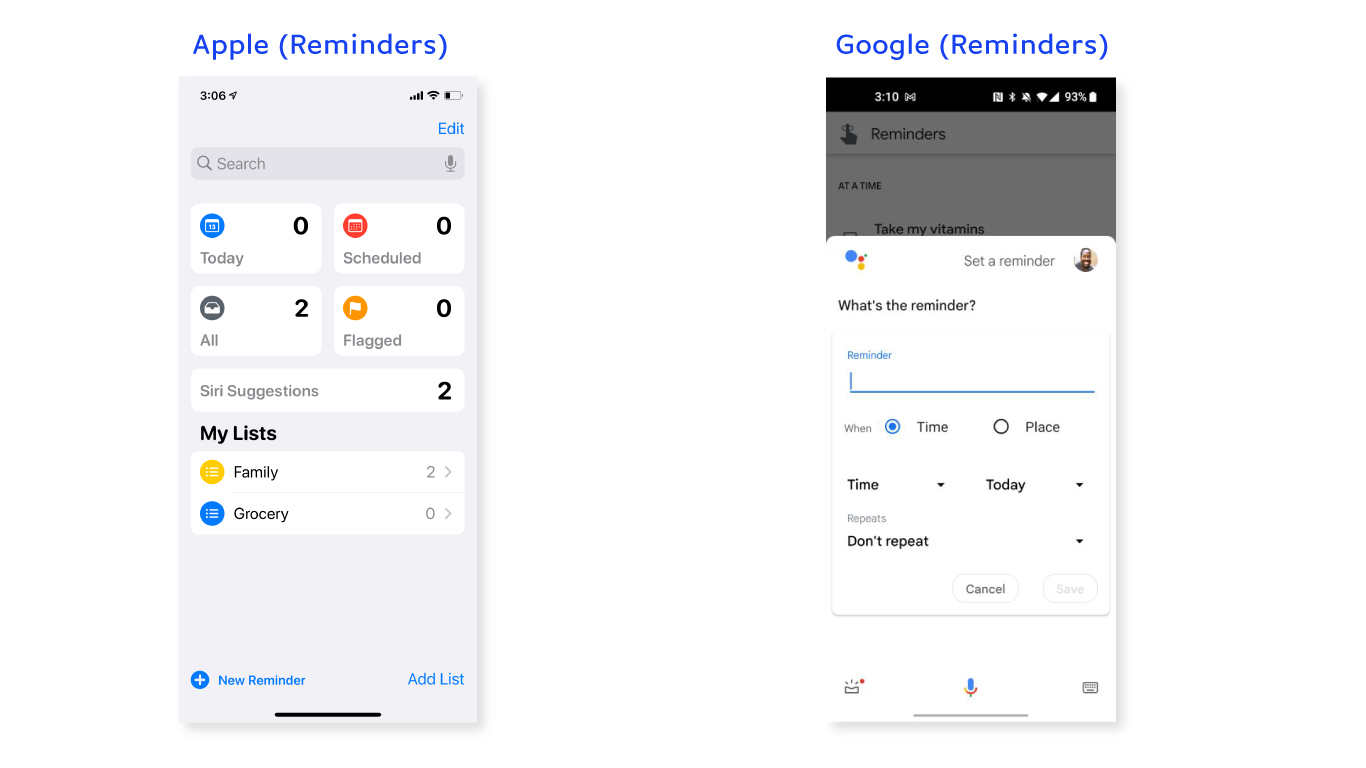 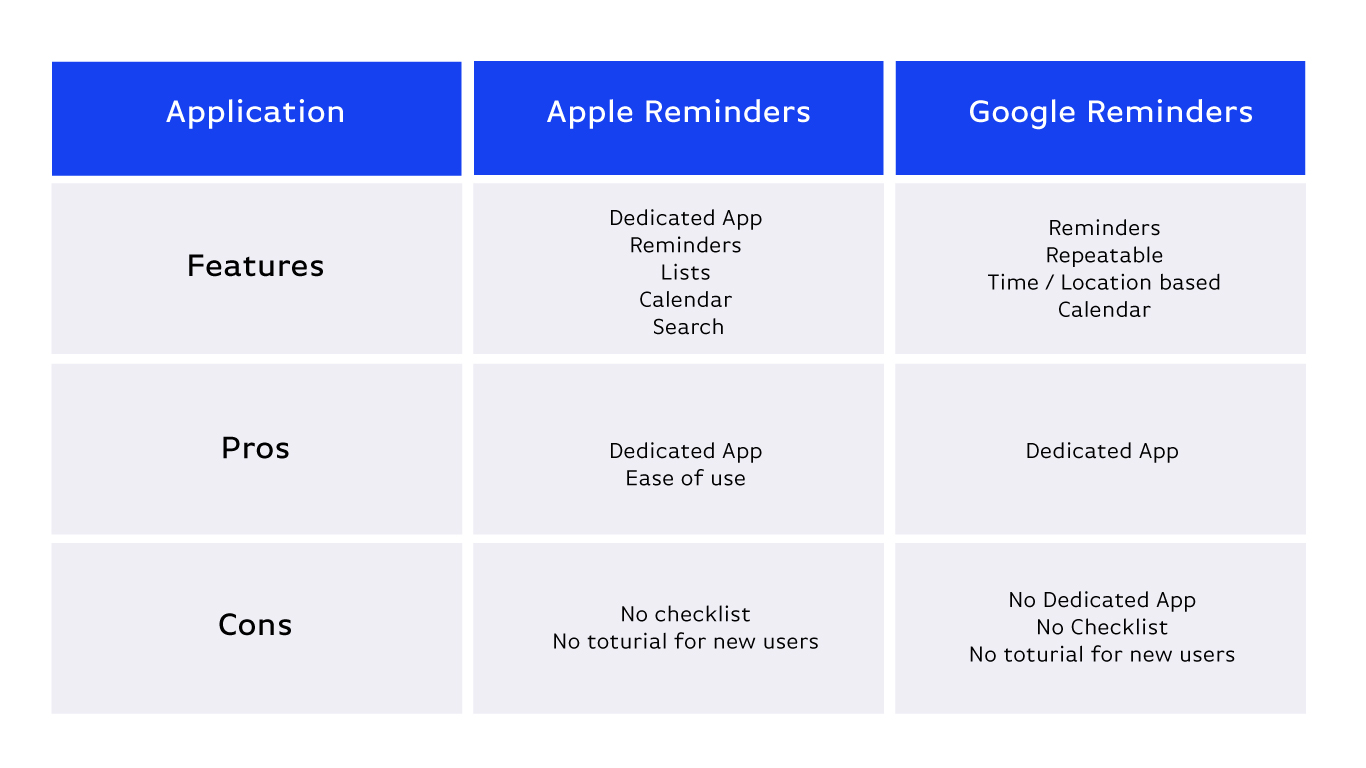 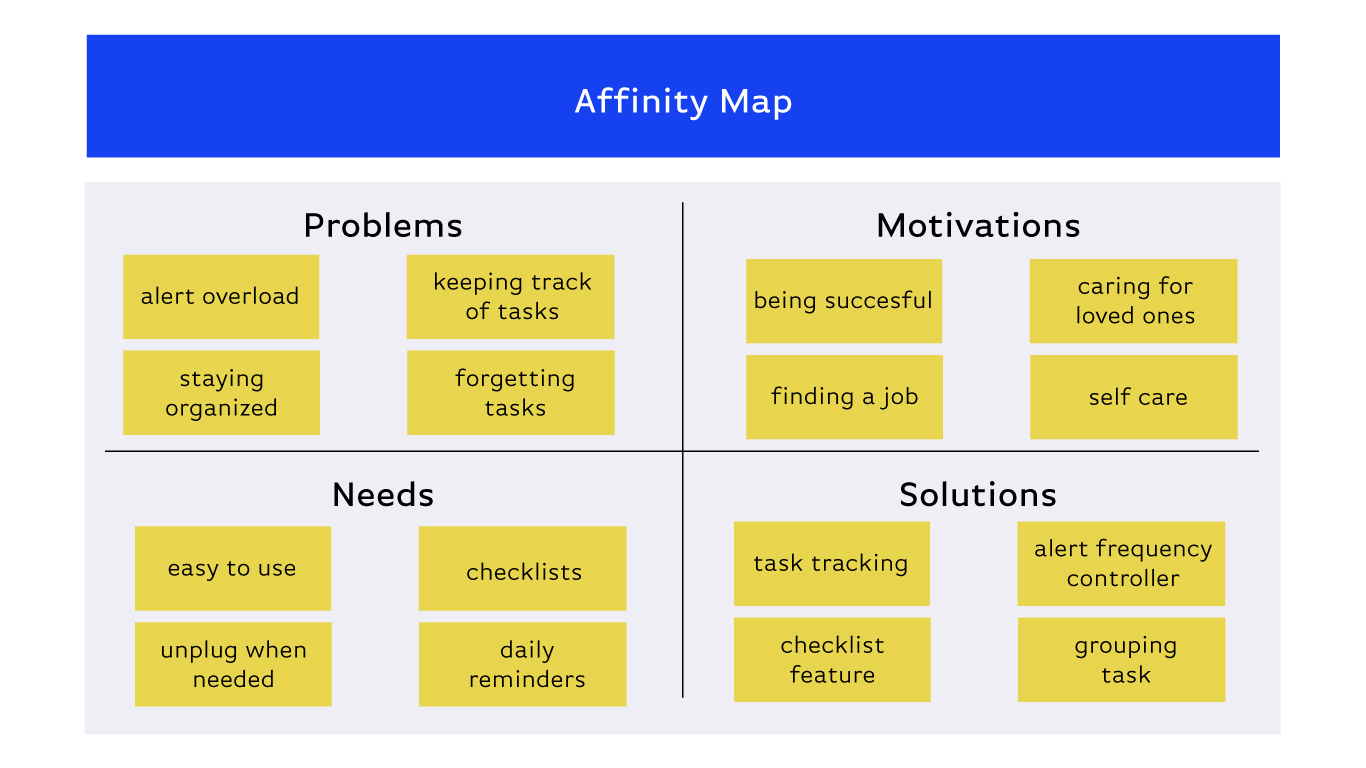 After completing the research and analysis, I created a persona, so that I could better empathize with the potential users. 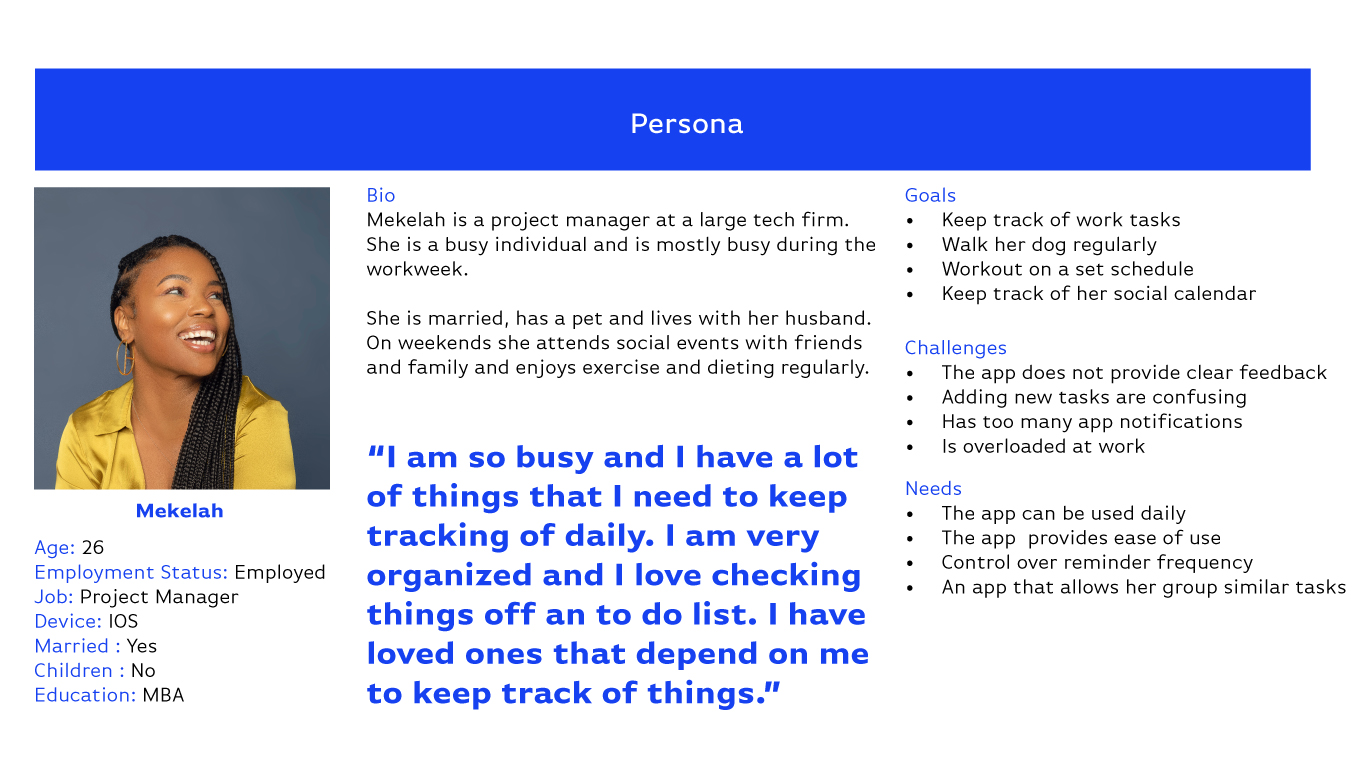 After creating a persona, the next step was to revisit the design tenents. With this insight in hand, I began the process of identifying the key user flows that would address the needs of the users. I created four workflow sketches for review with the stakeholders. 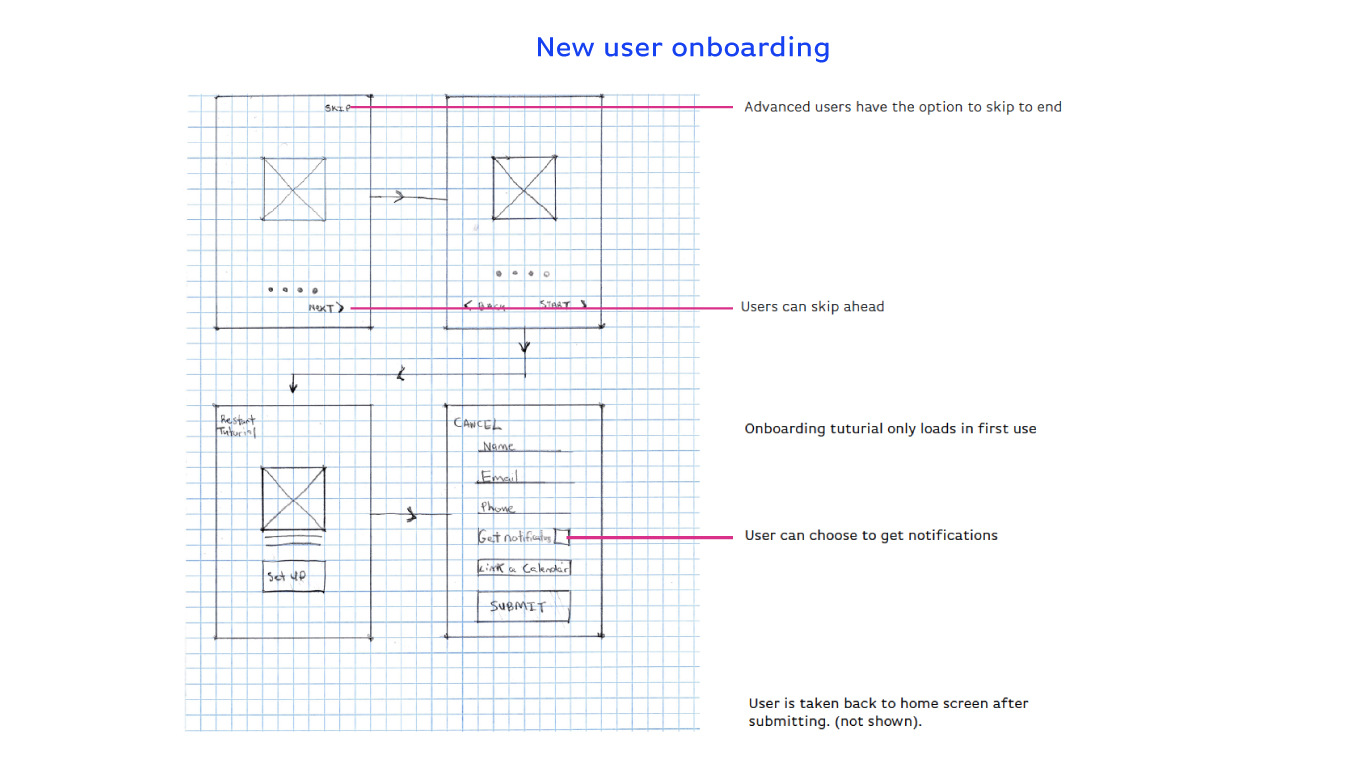 The redesigned Reminder X app will cater to new and advanced users by allowing you to onboard on the first load skip ahead if you are familiar with the features. One of the main requests was for the ability to add stuff to a calendar, so we wanted to give them the freedom to add it to their native calendar. 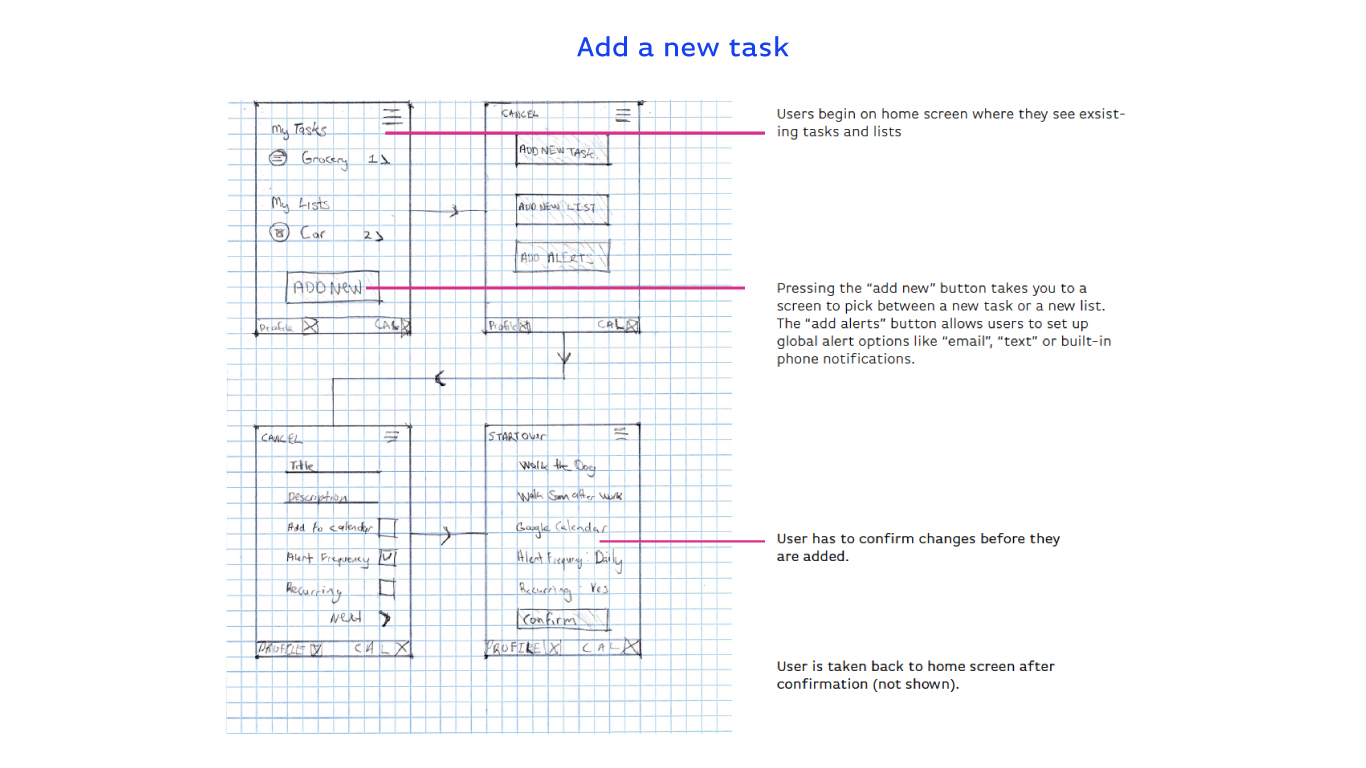 During the interview phase of the research, users expressed concern about setting up reminders being confusing, in native applications. I wanted to address that with a consistent and easy-to-follow workflow. Another feature request was to pause alerts from within the app so I proposed a native solution. 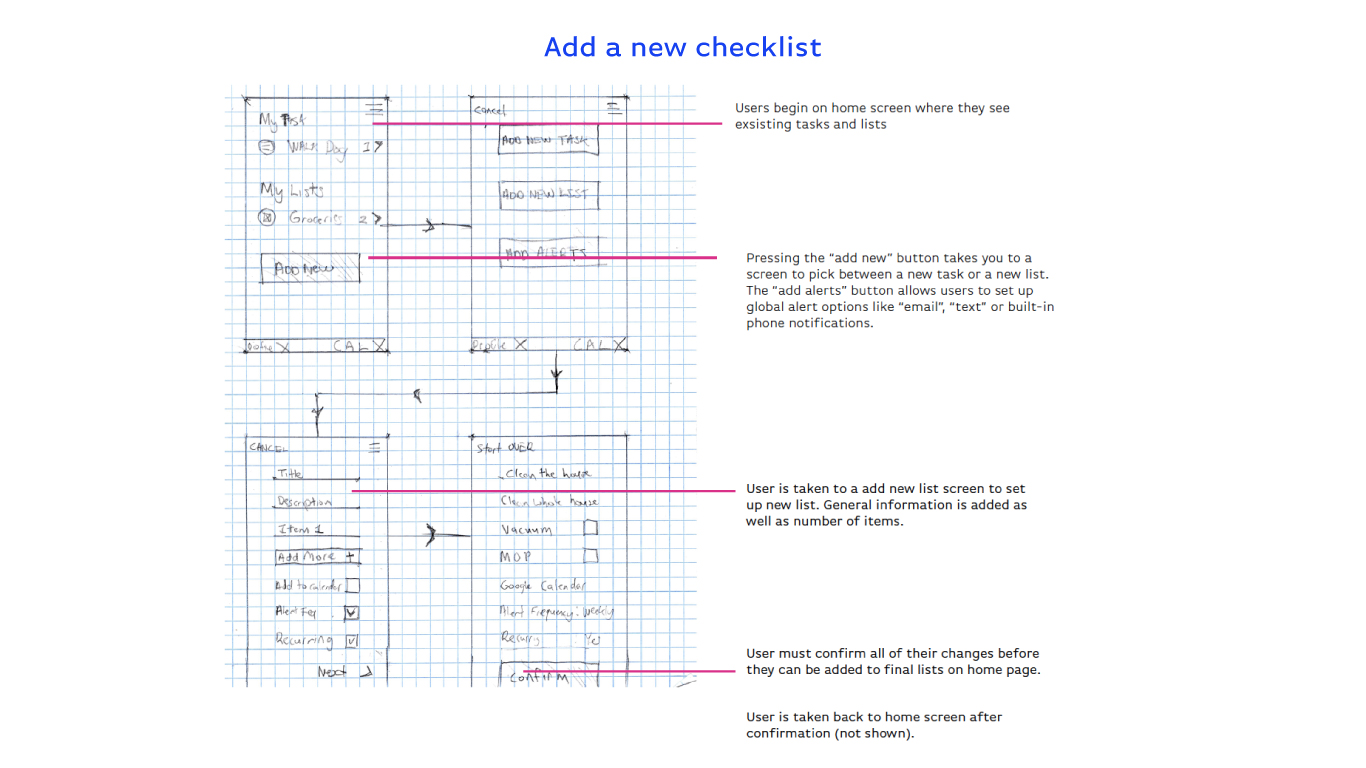 On the new list workflow, we wanted to refer back to the design tenets that we established earlier. By providing visual cues and feedback the user can navigate through the process and make changes quickly and easily. The ability to set up a checklist that could then serve as a reminder was one of the features users asked for. 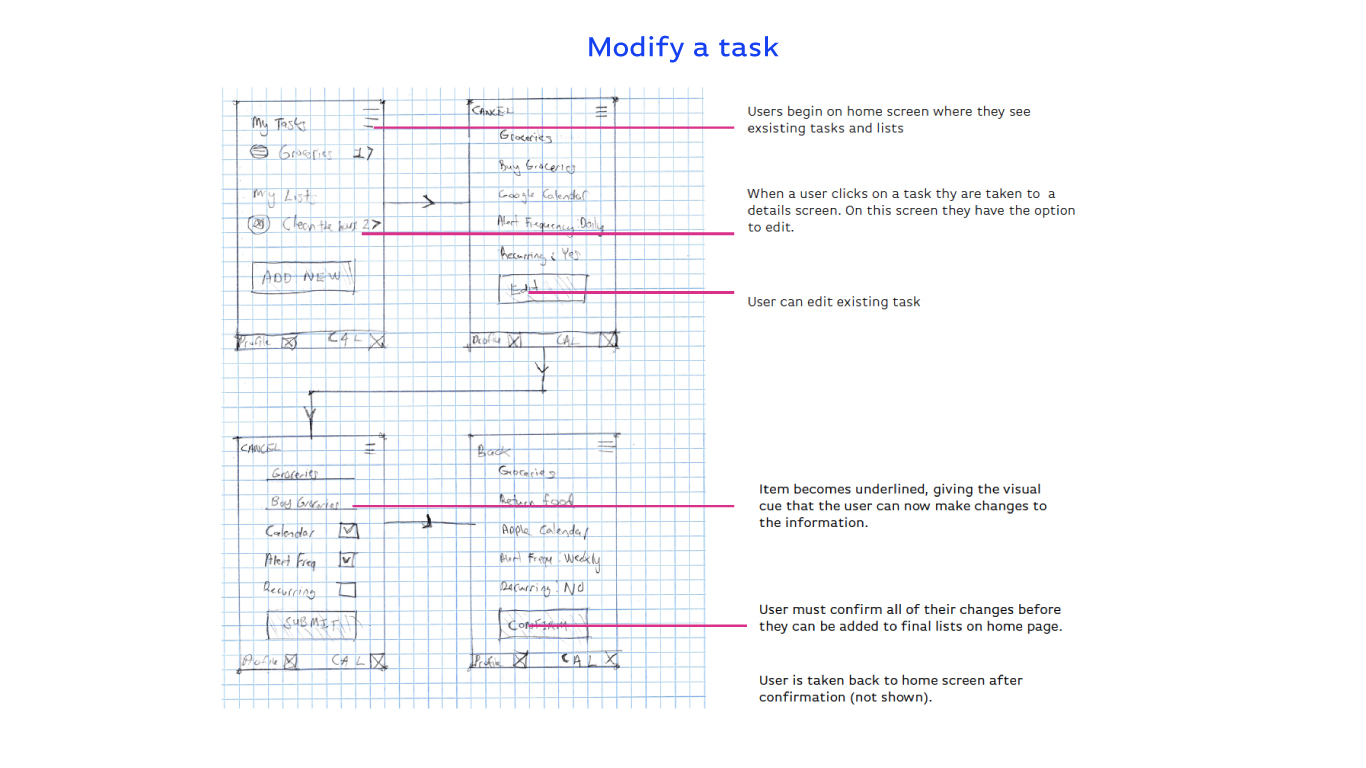 From the home screen, the users have the option to edit an existing task or list. Again I wanted to create a consistent experience. When a user decides to edit a task they see the same familiar screen with visual cues to signal their ability to add edits. 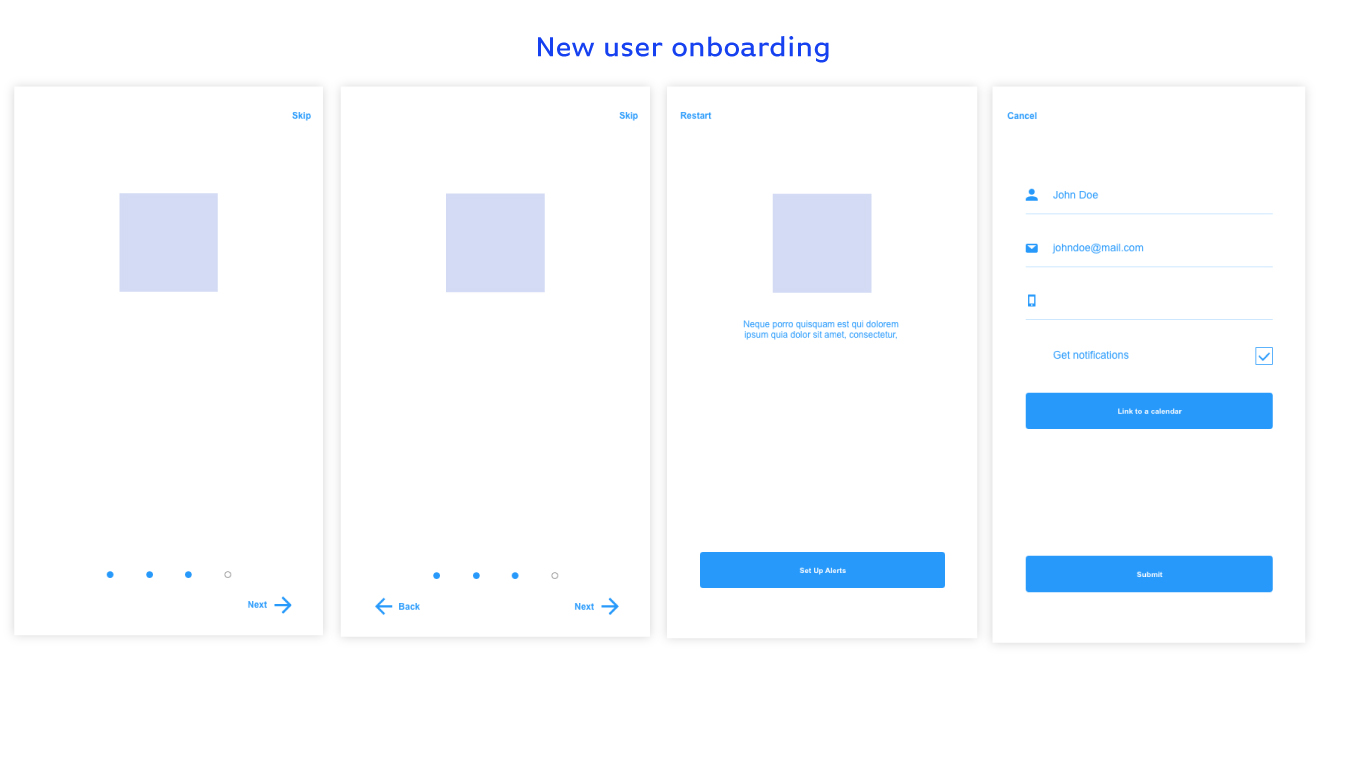 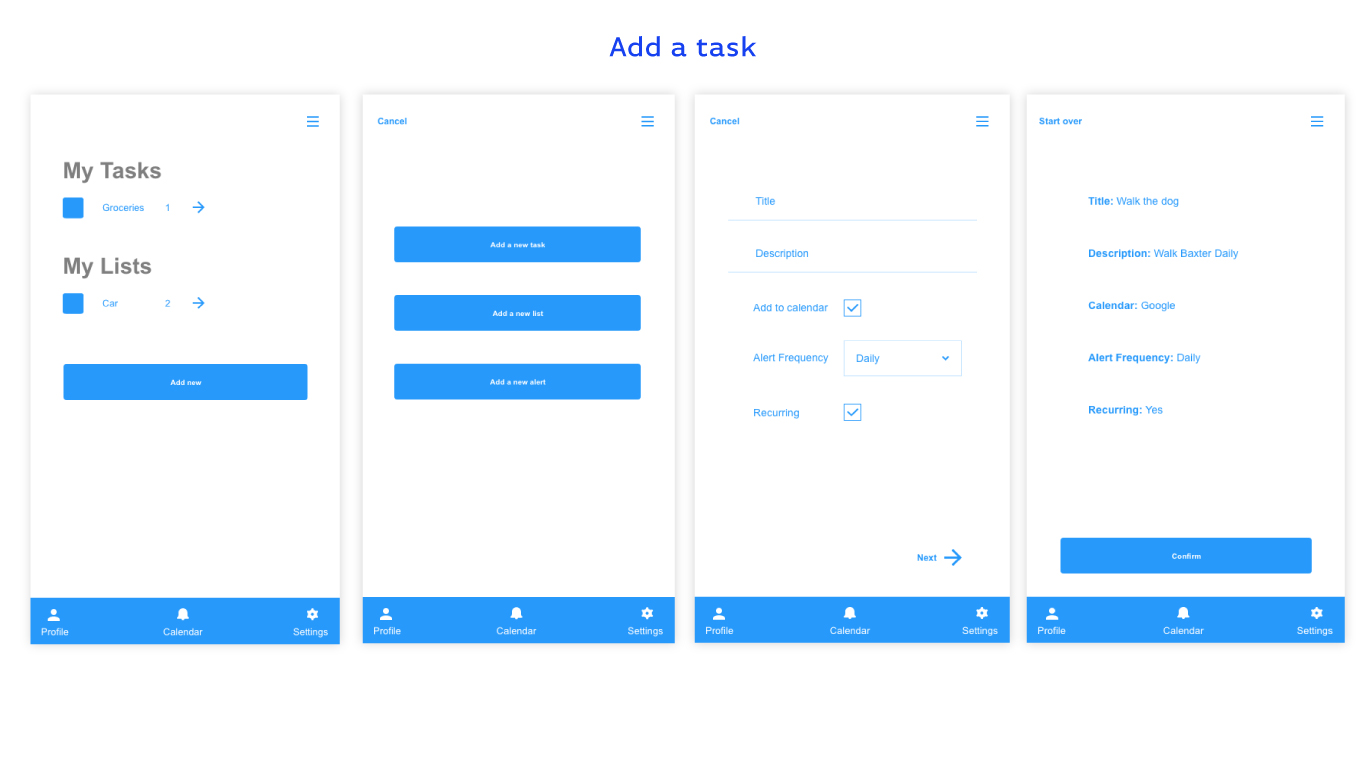 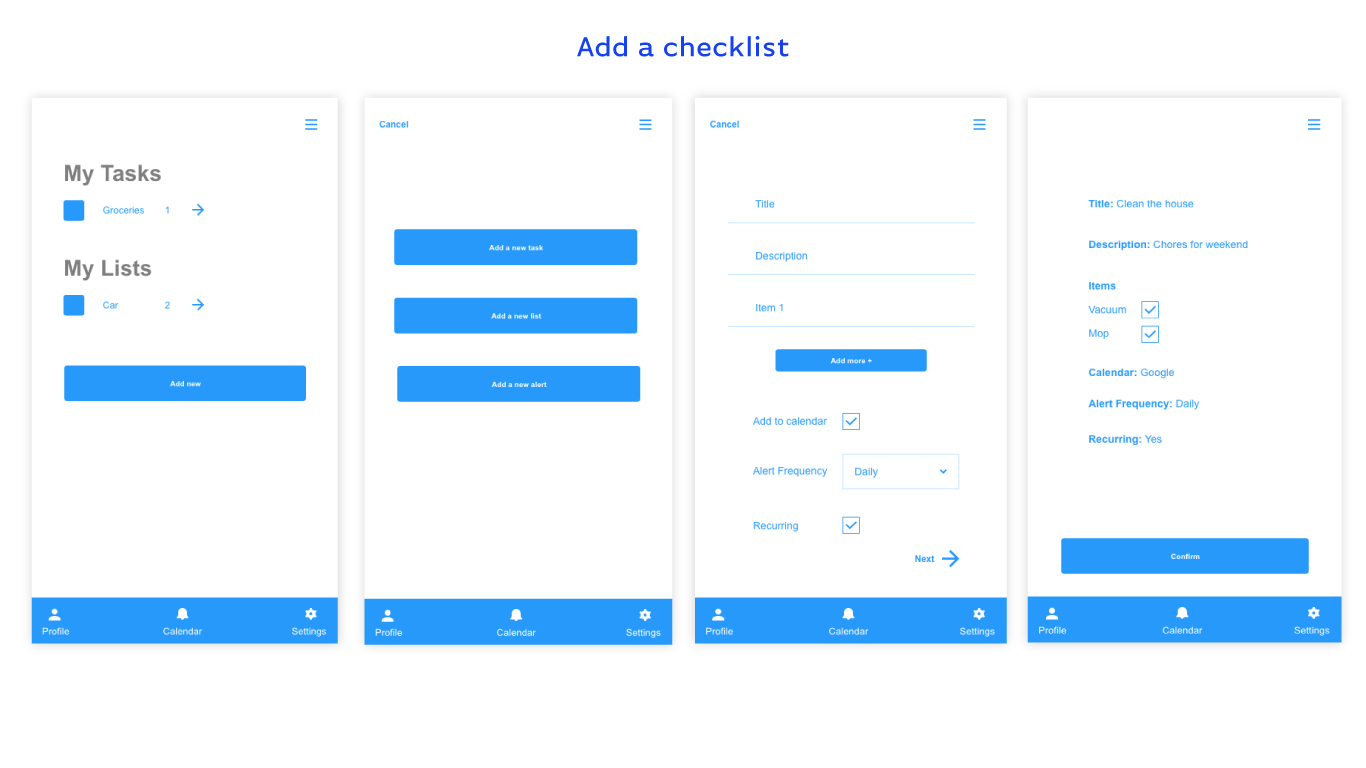 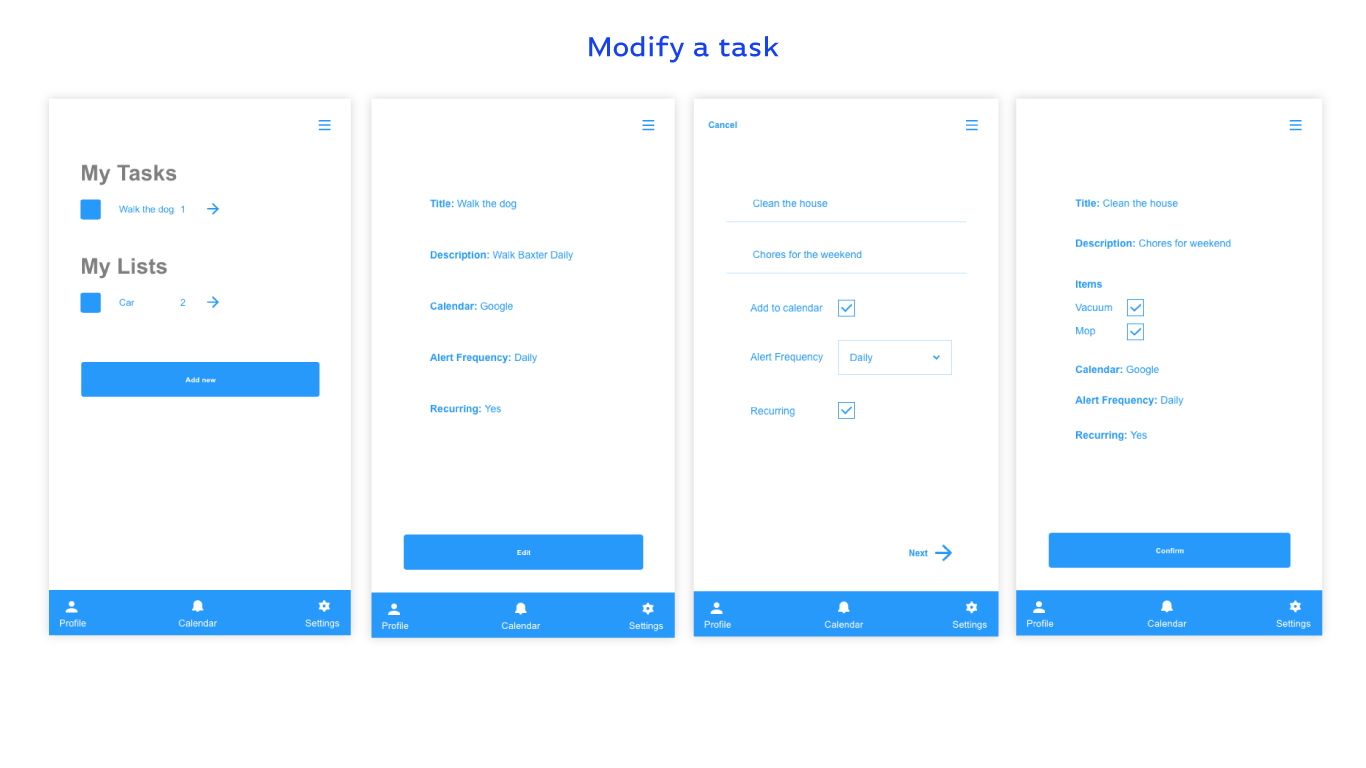 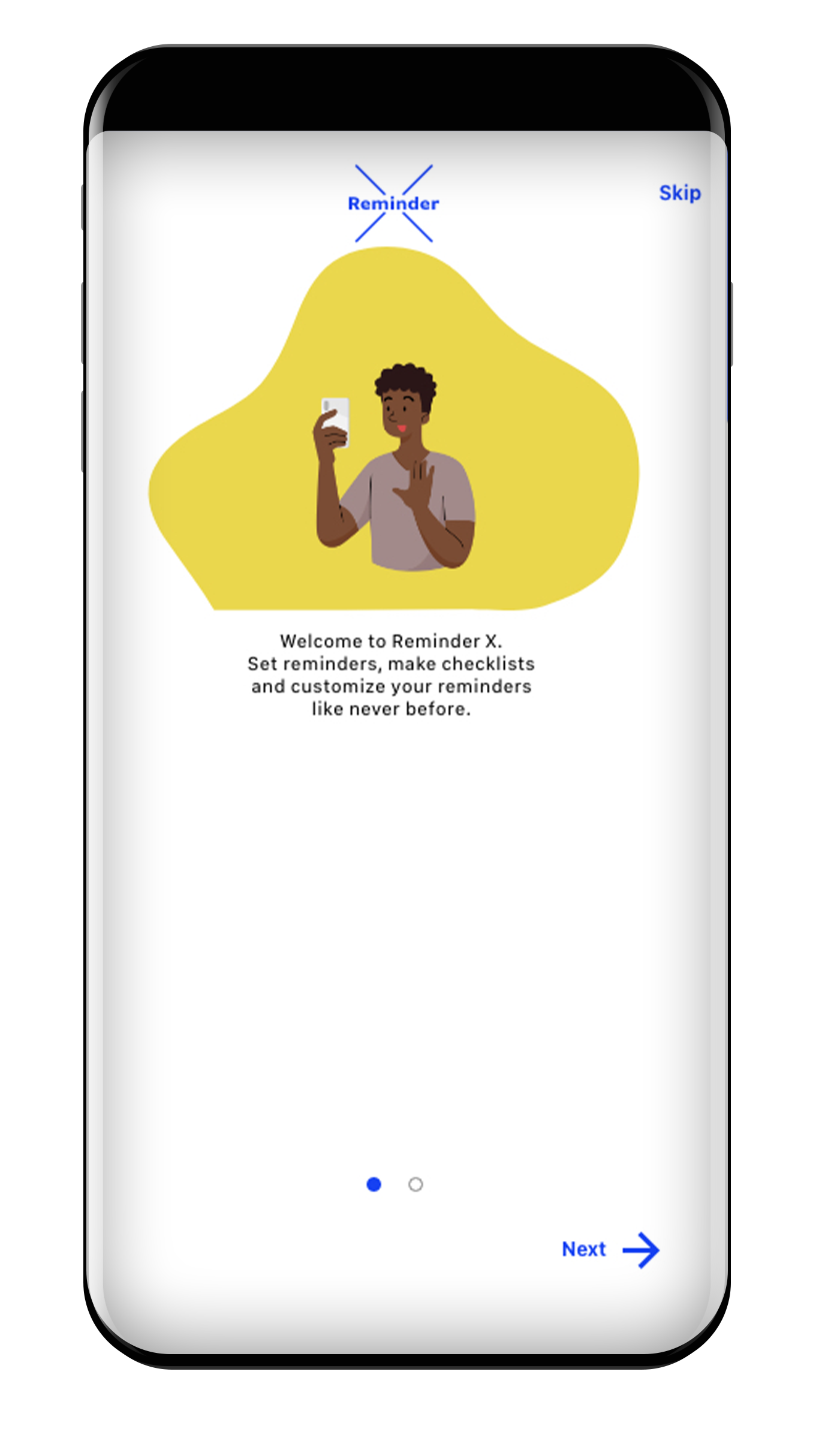 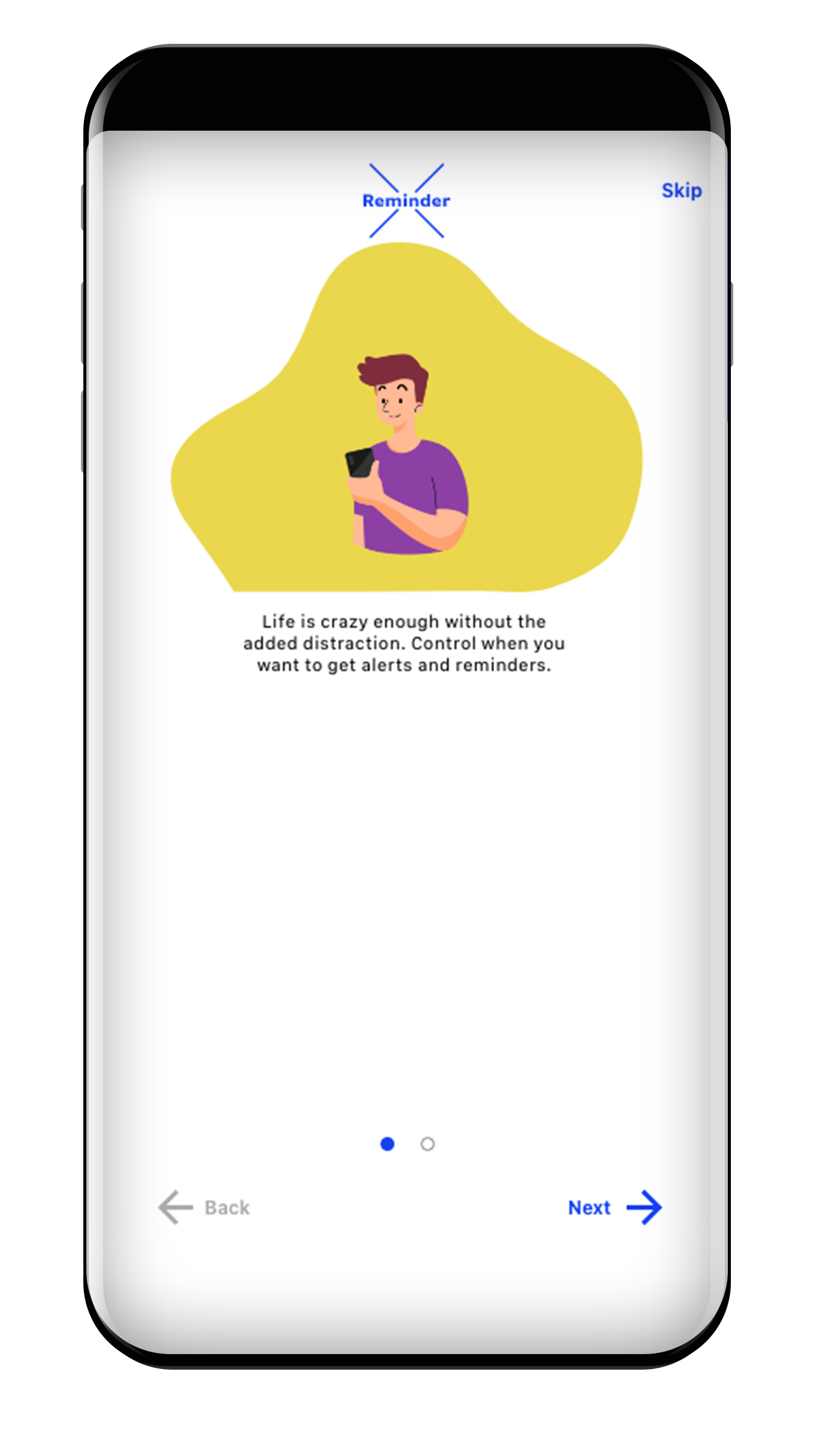 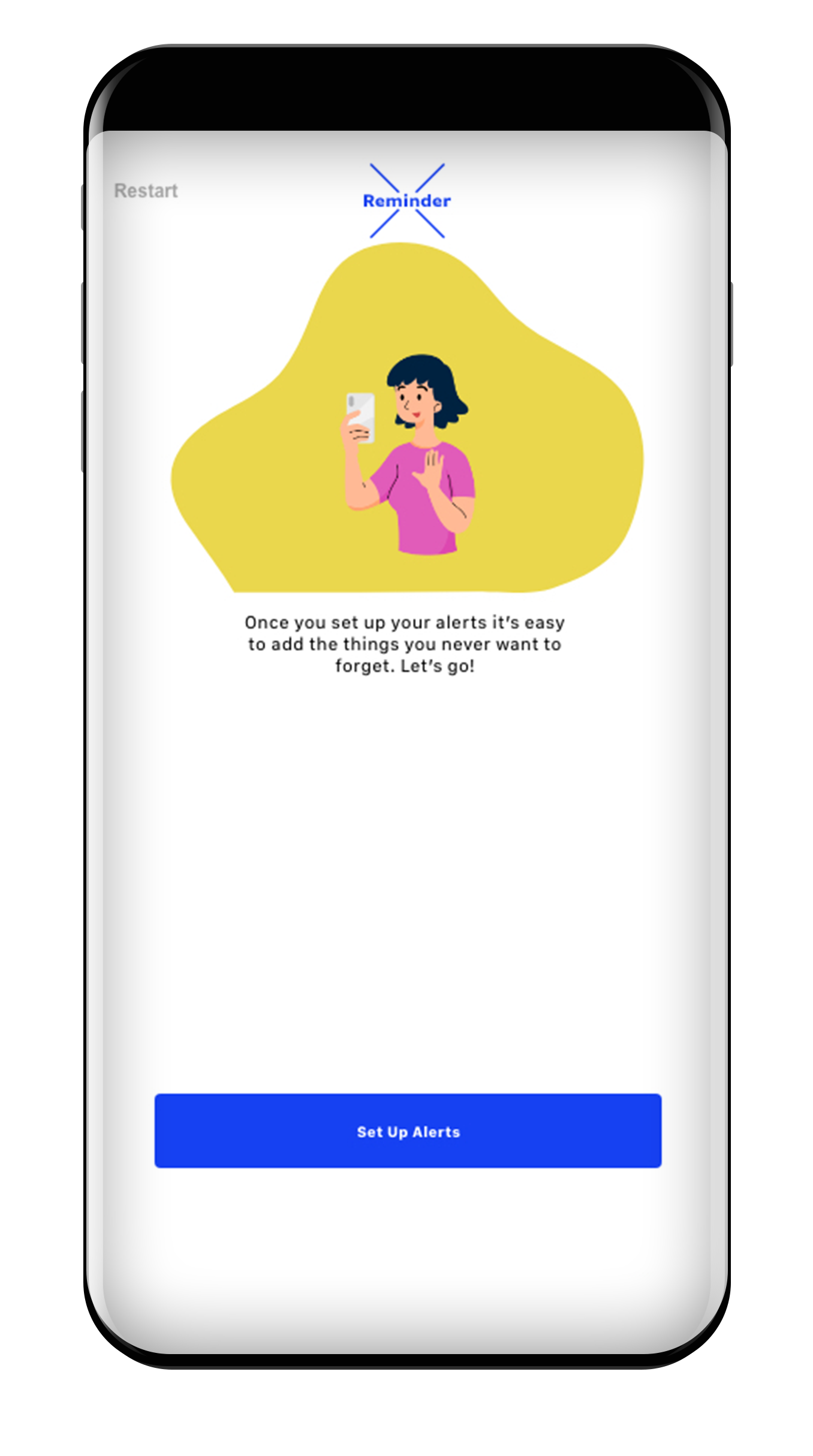 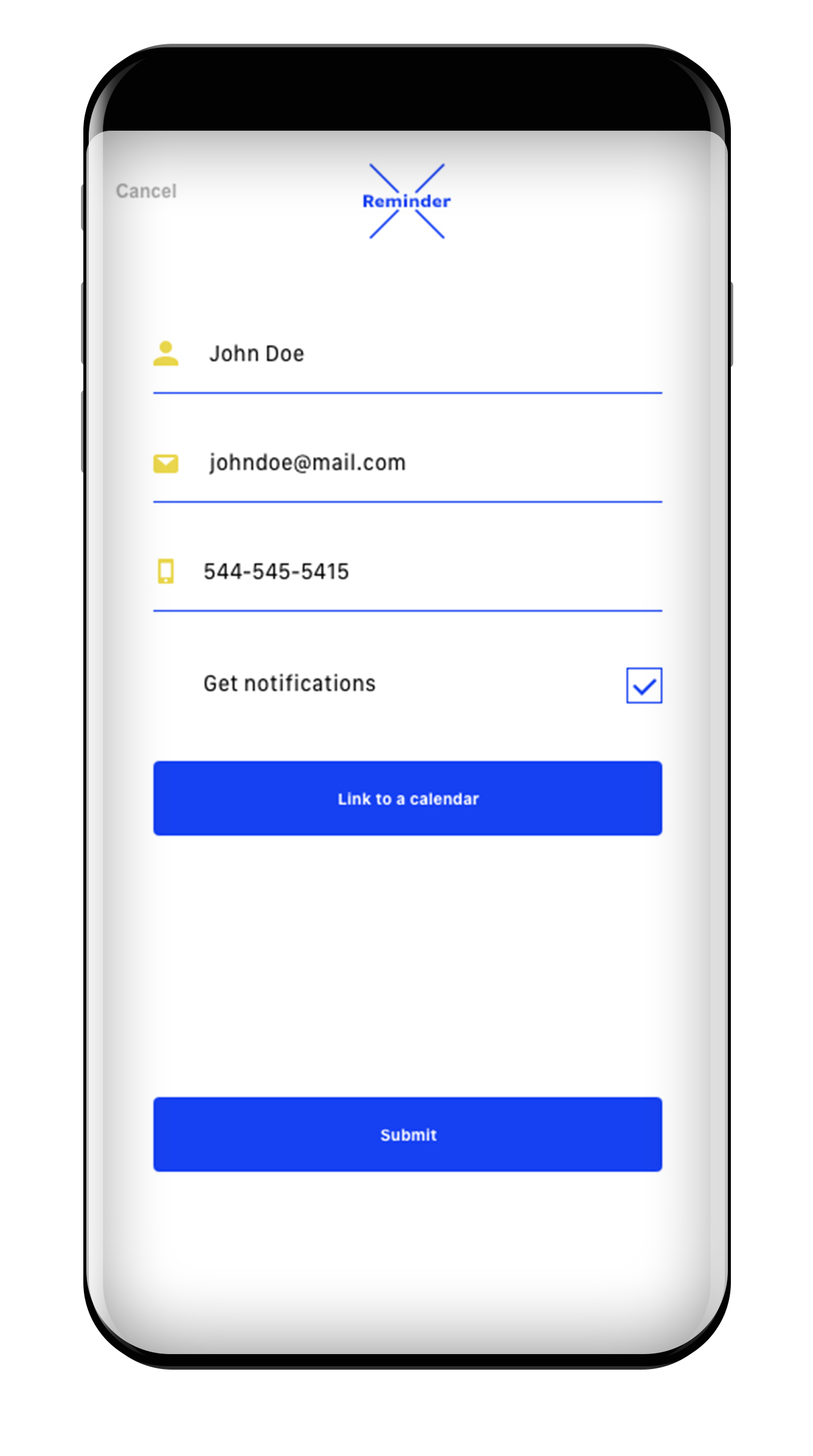 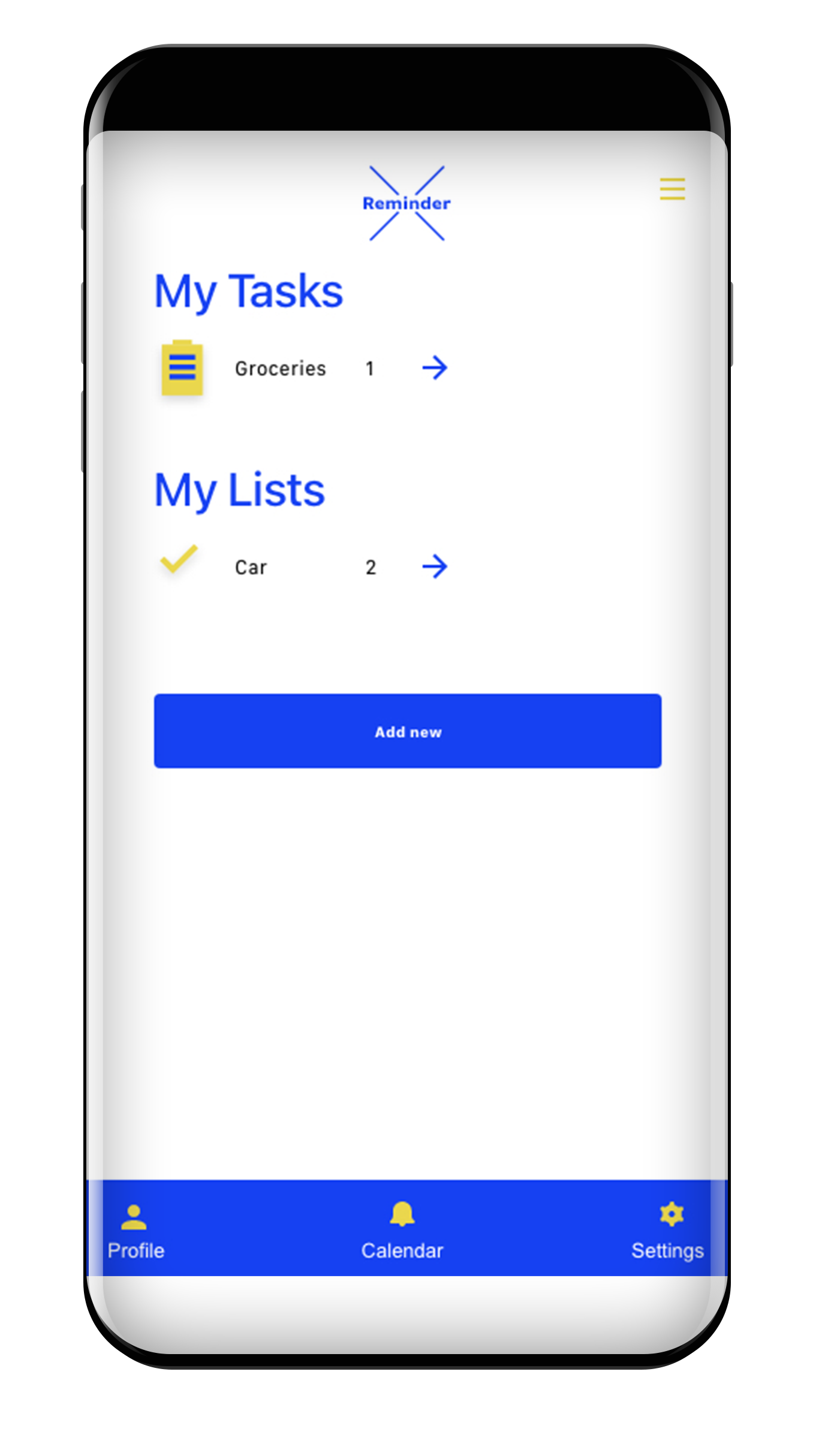 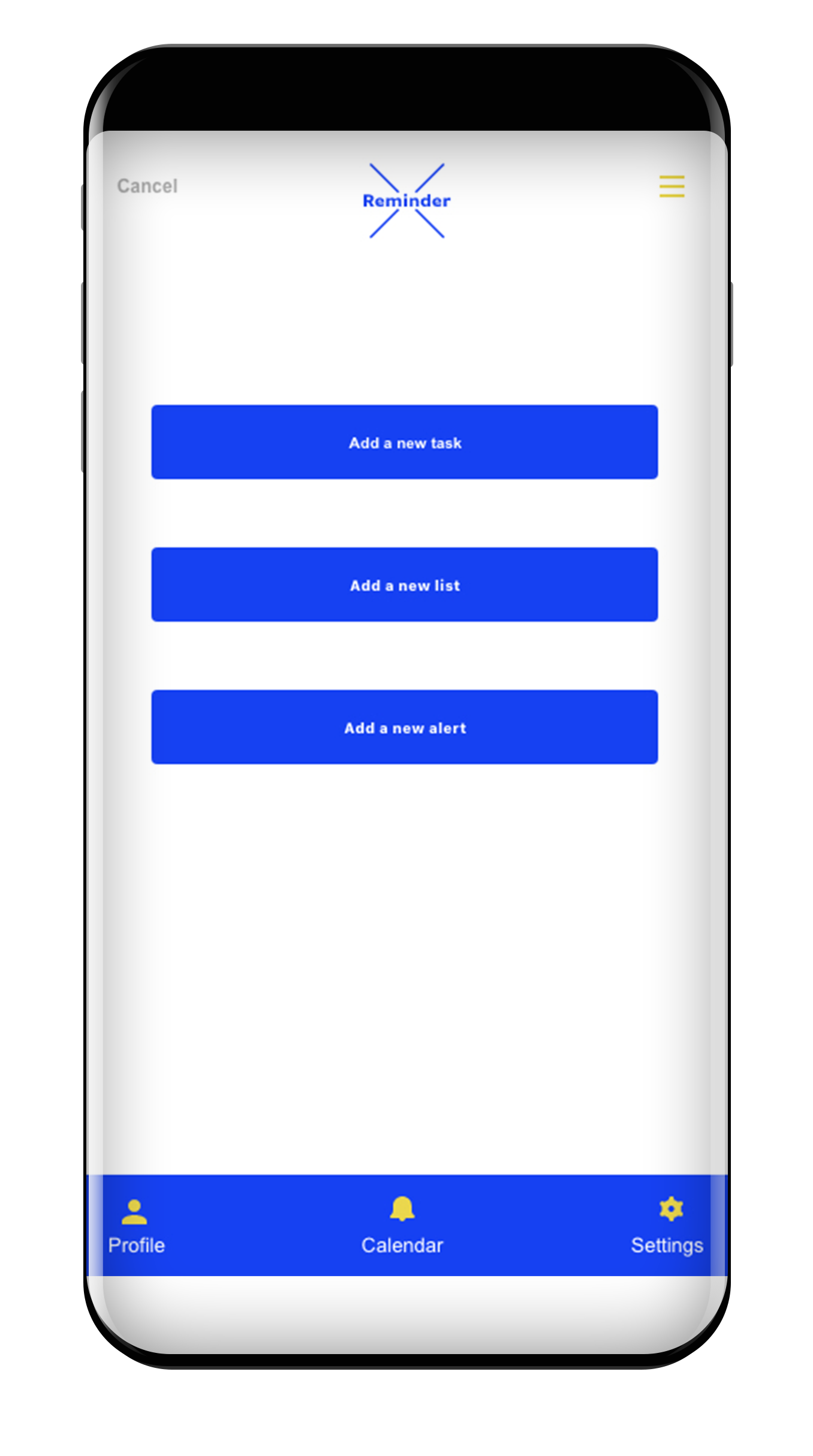 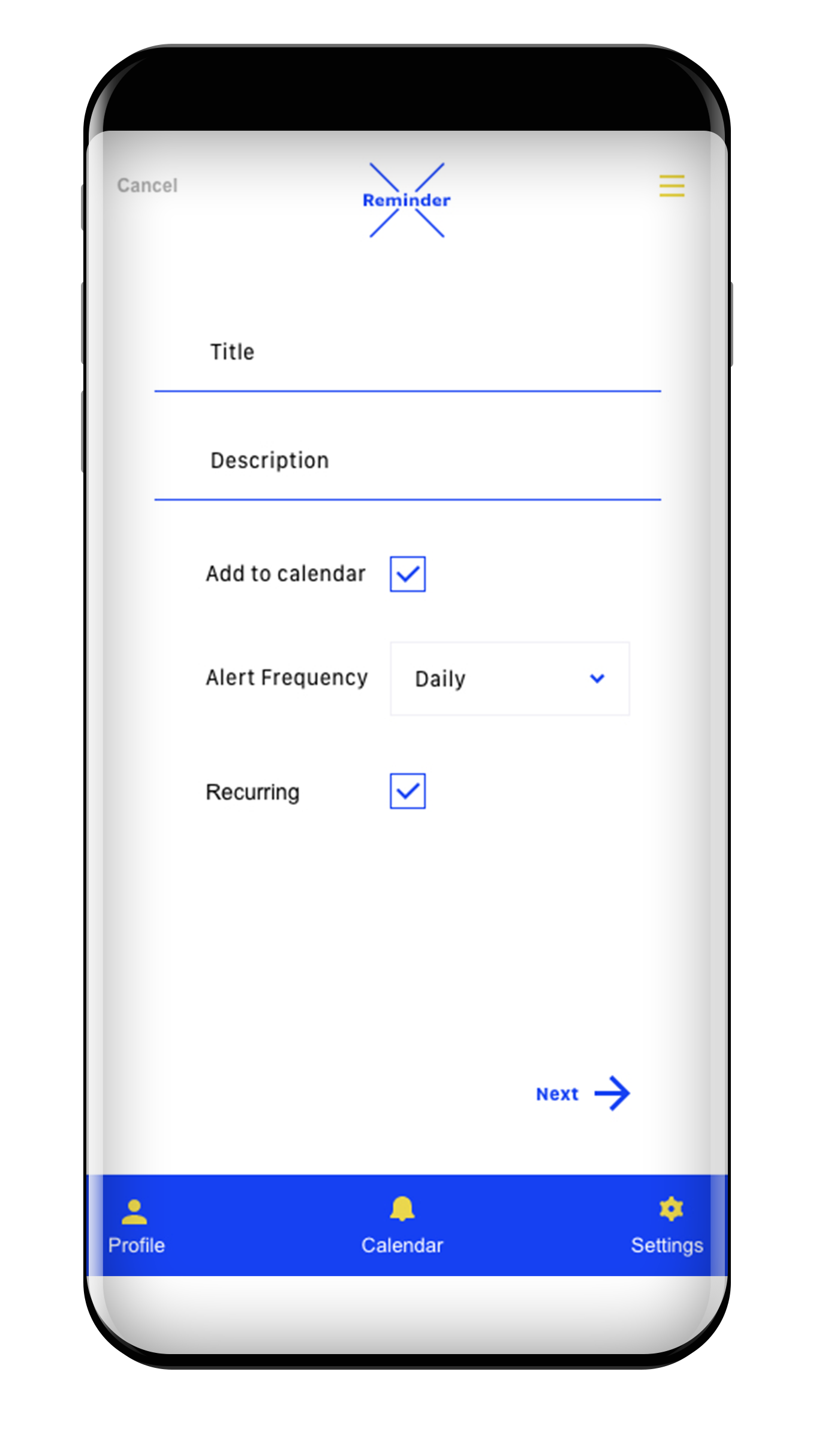 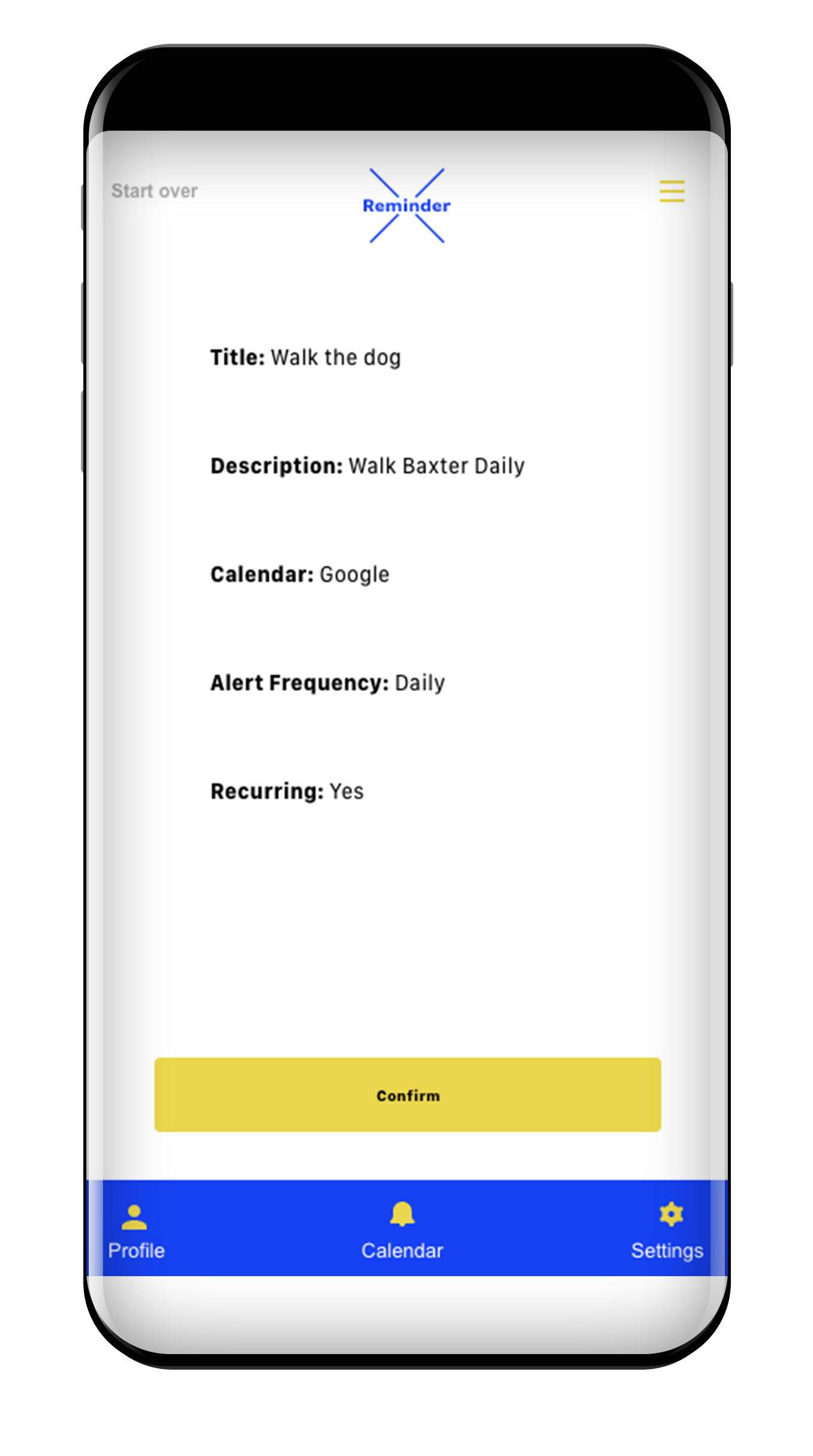 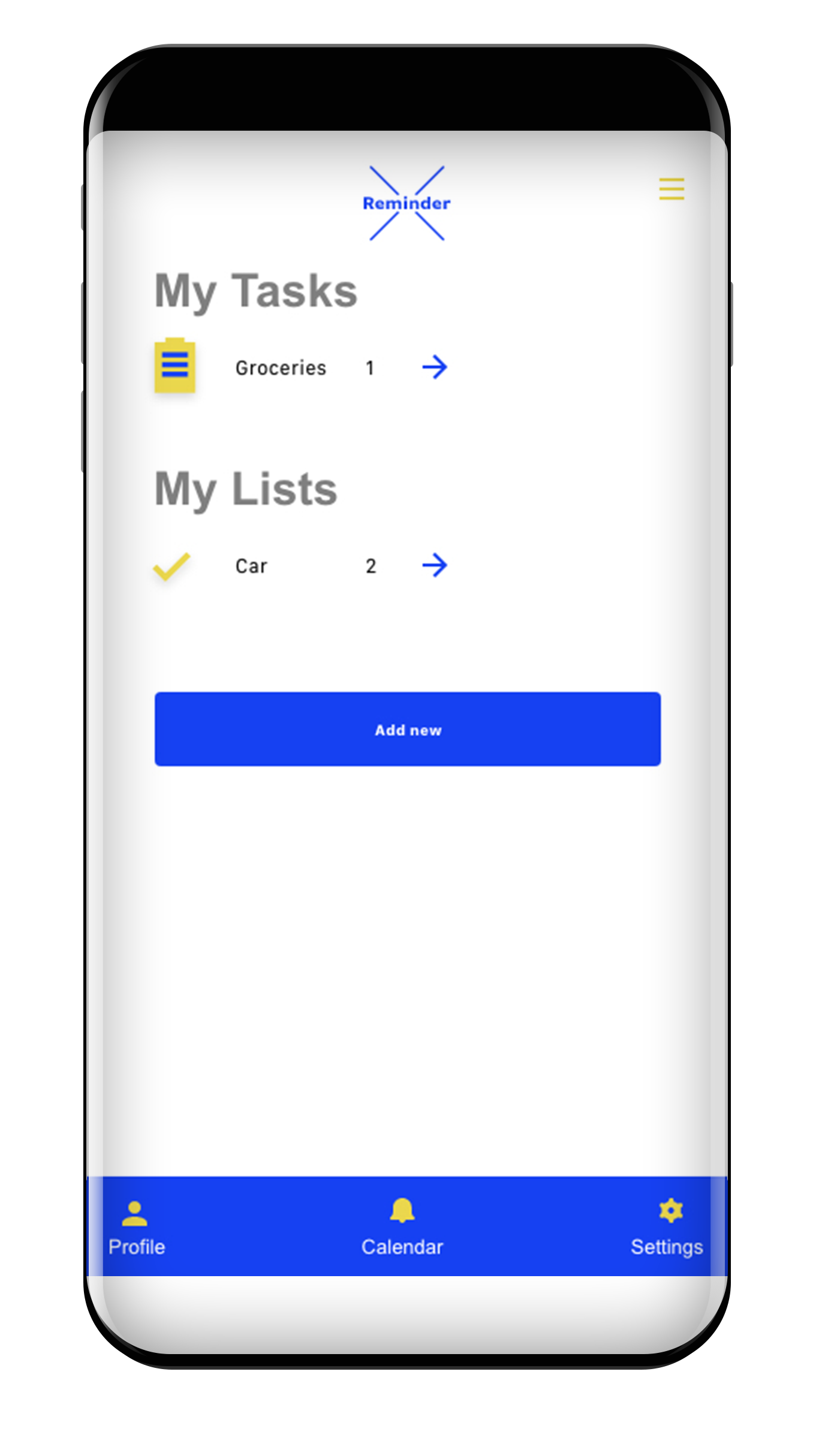 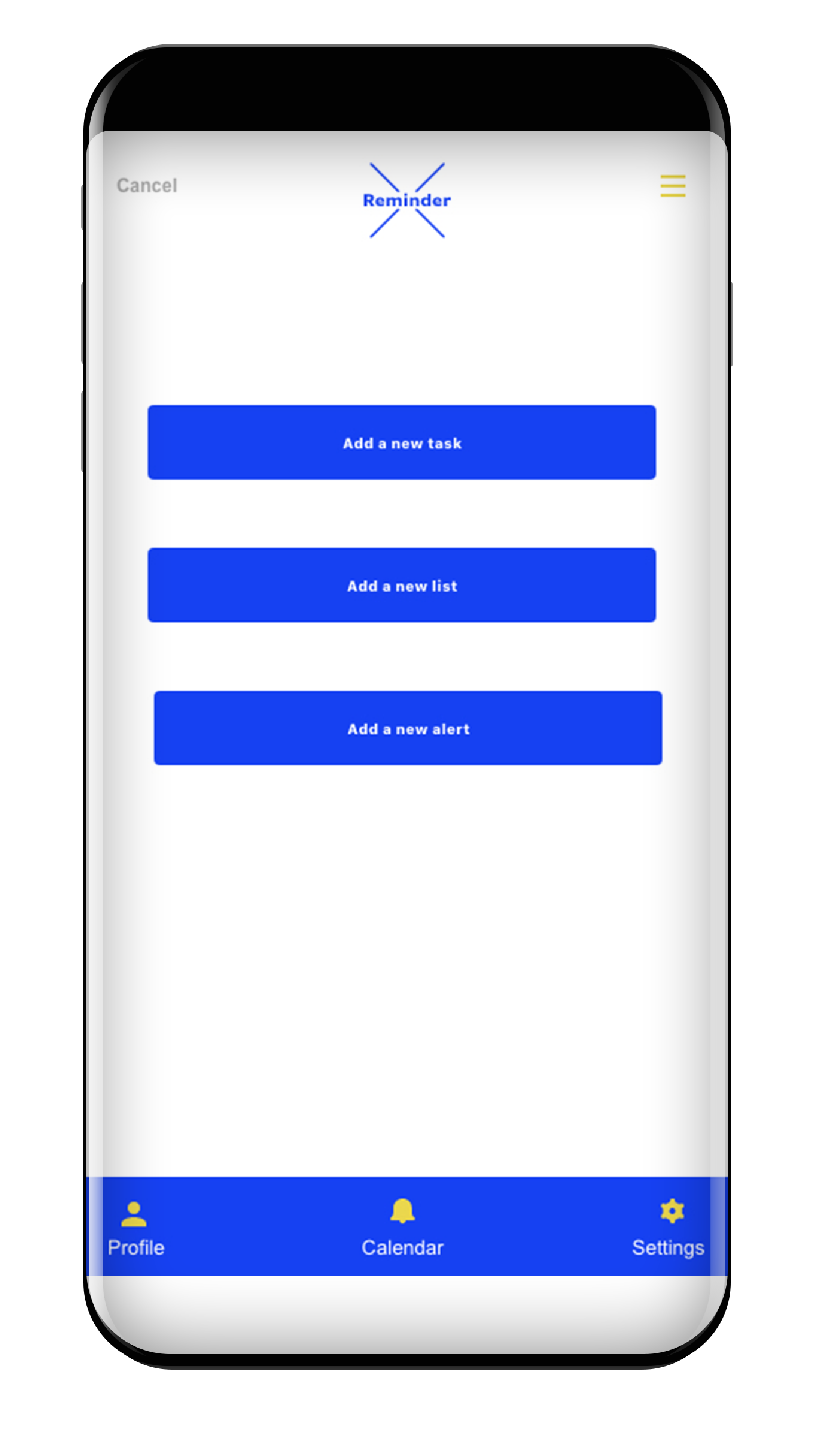 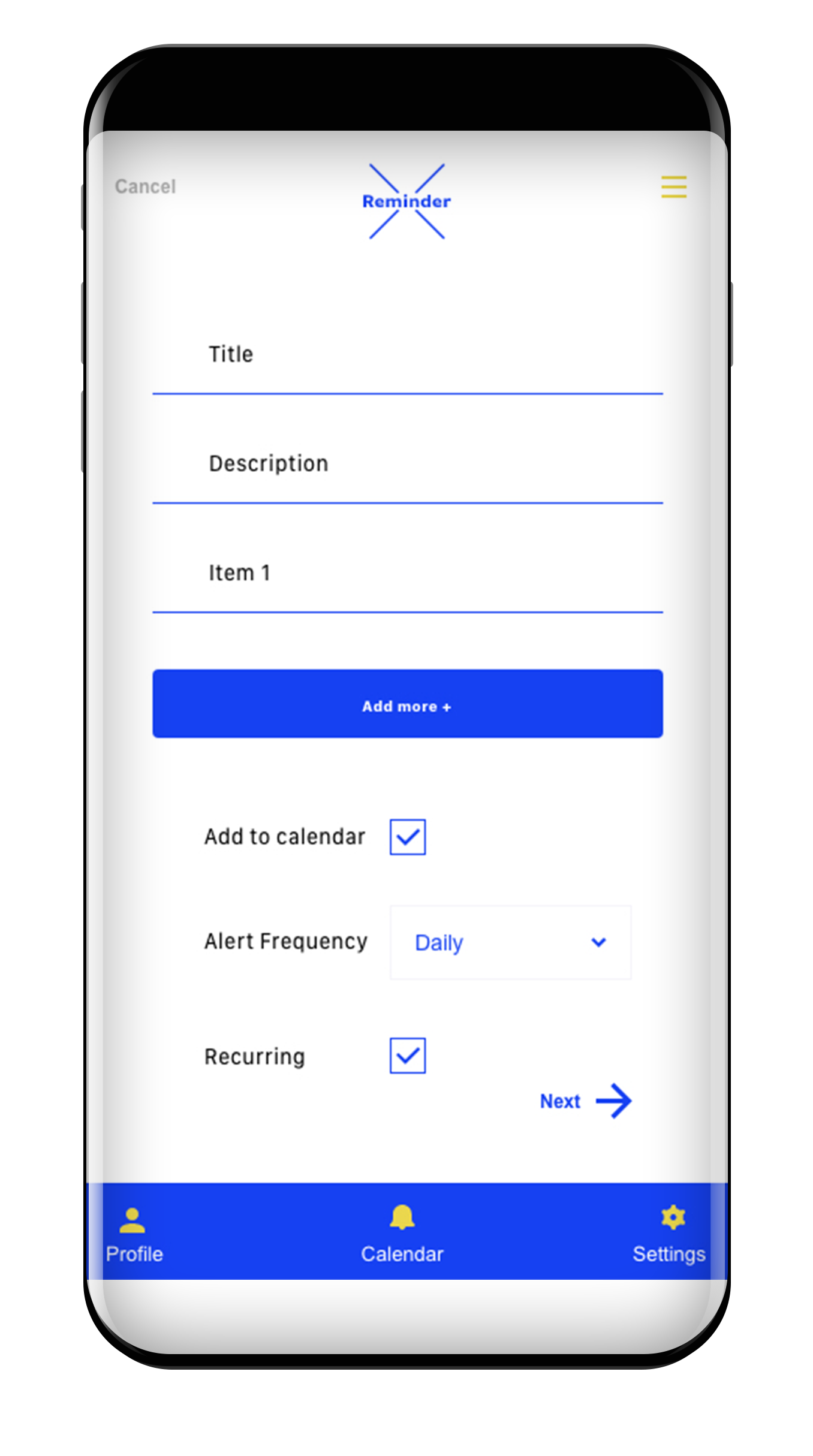 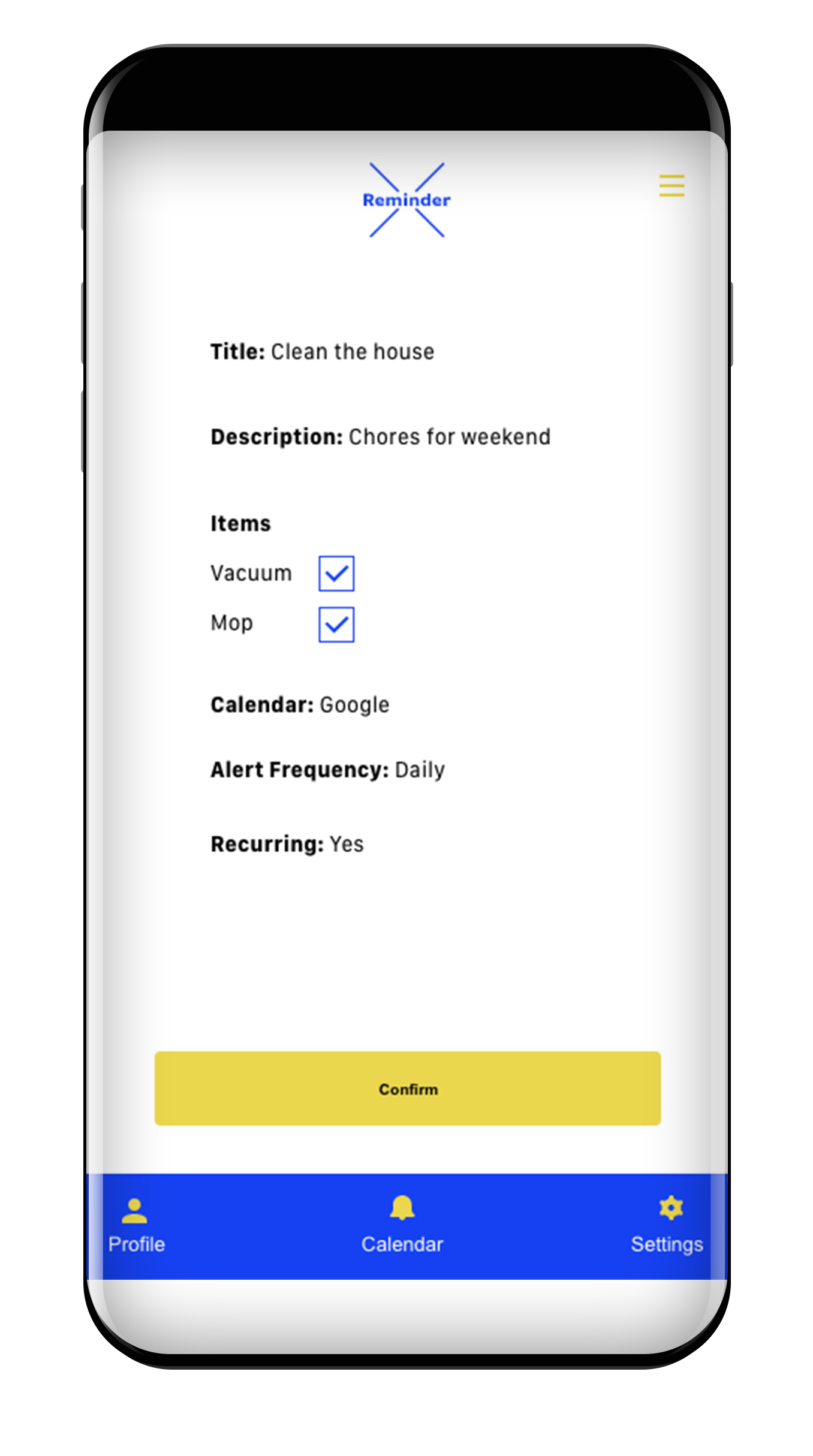 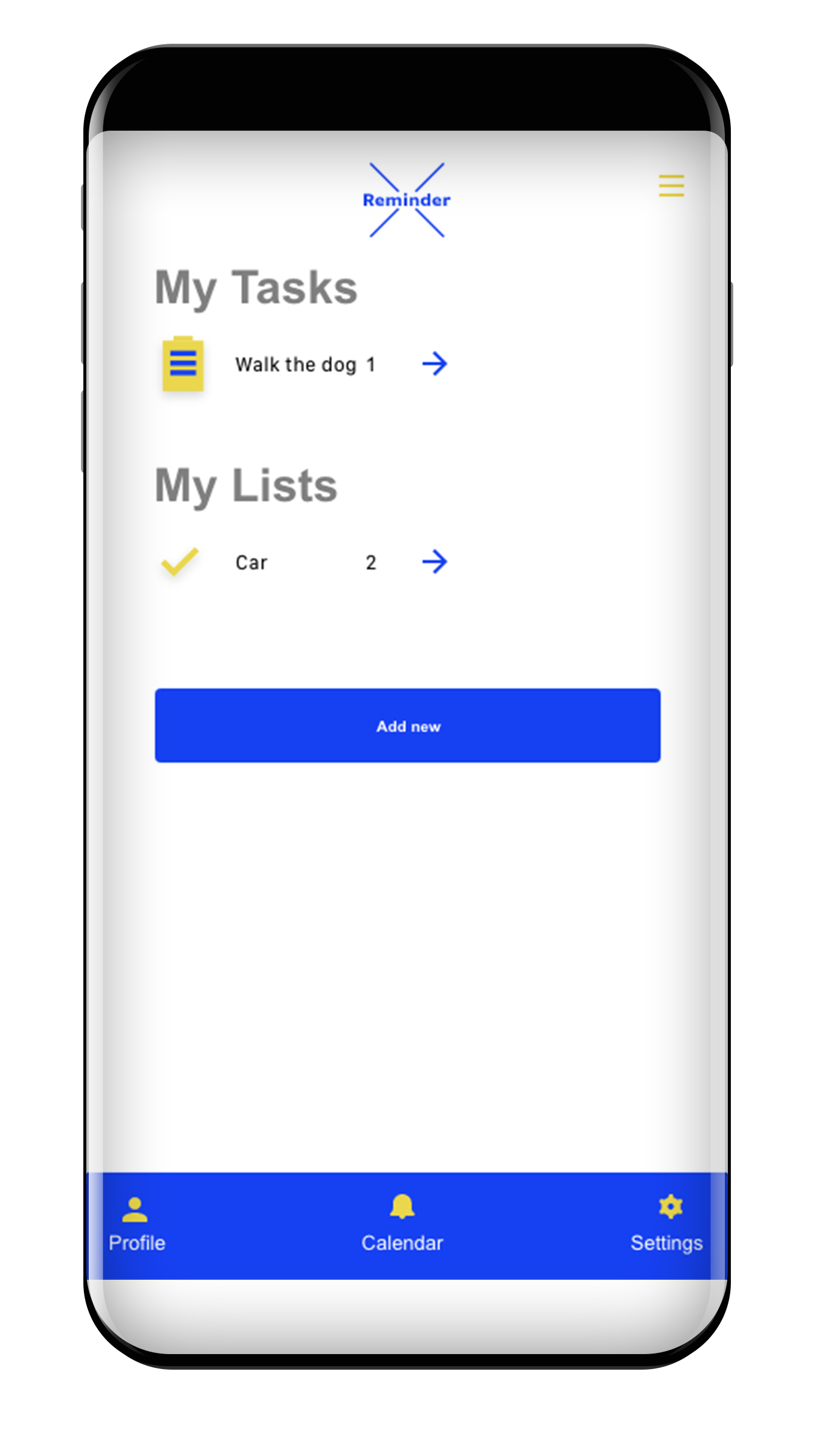 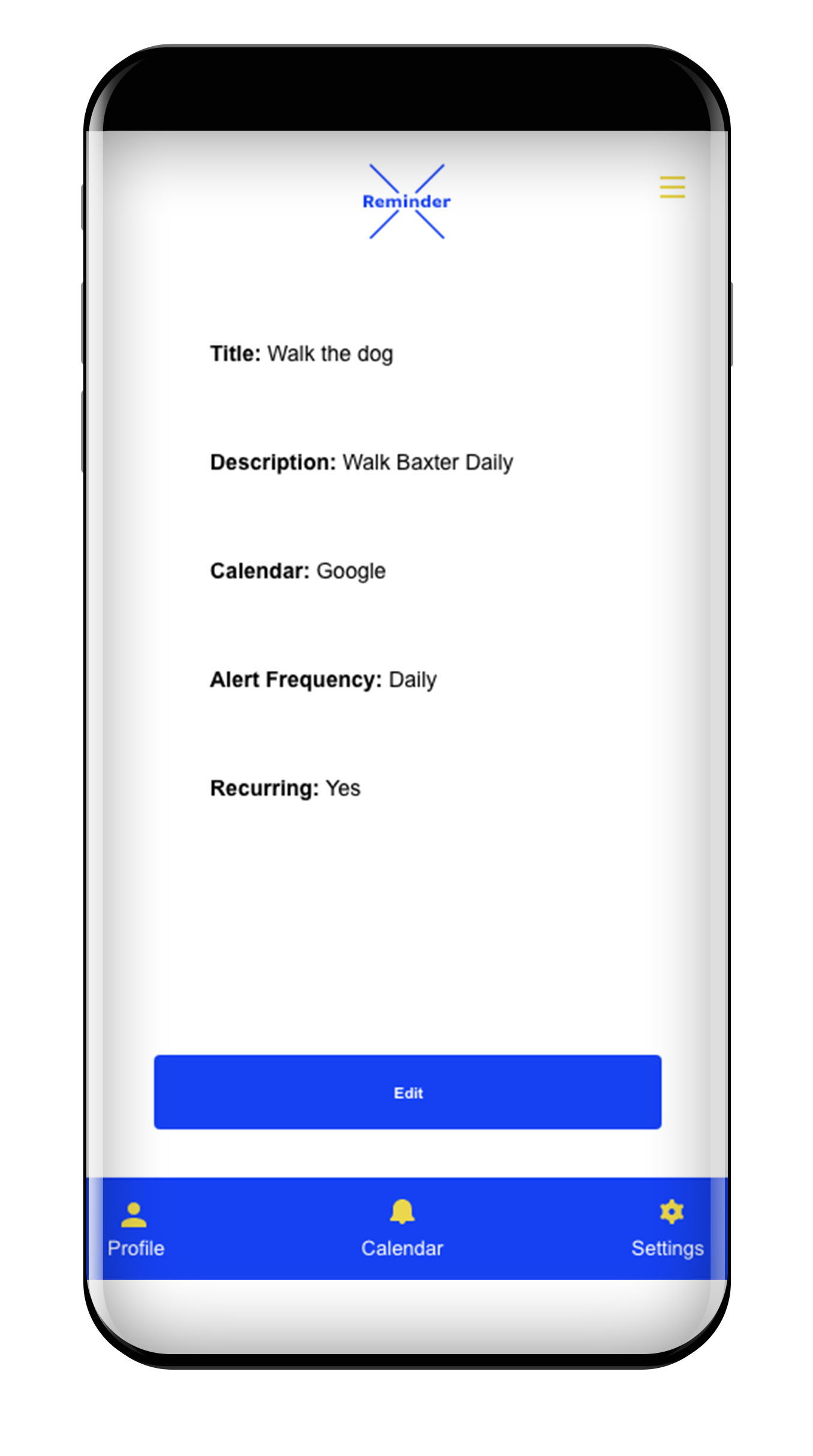 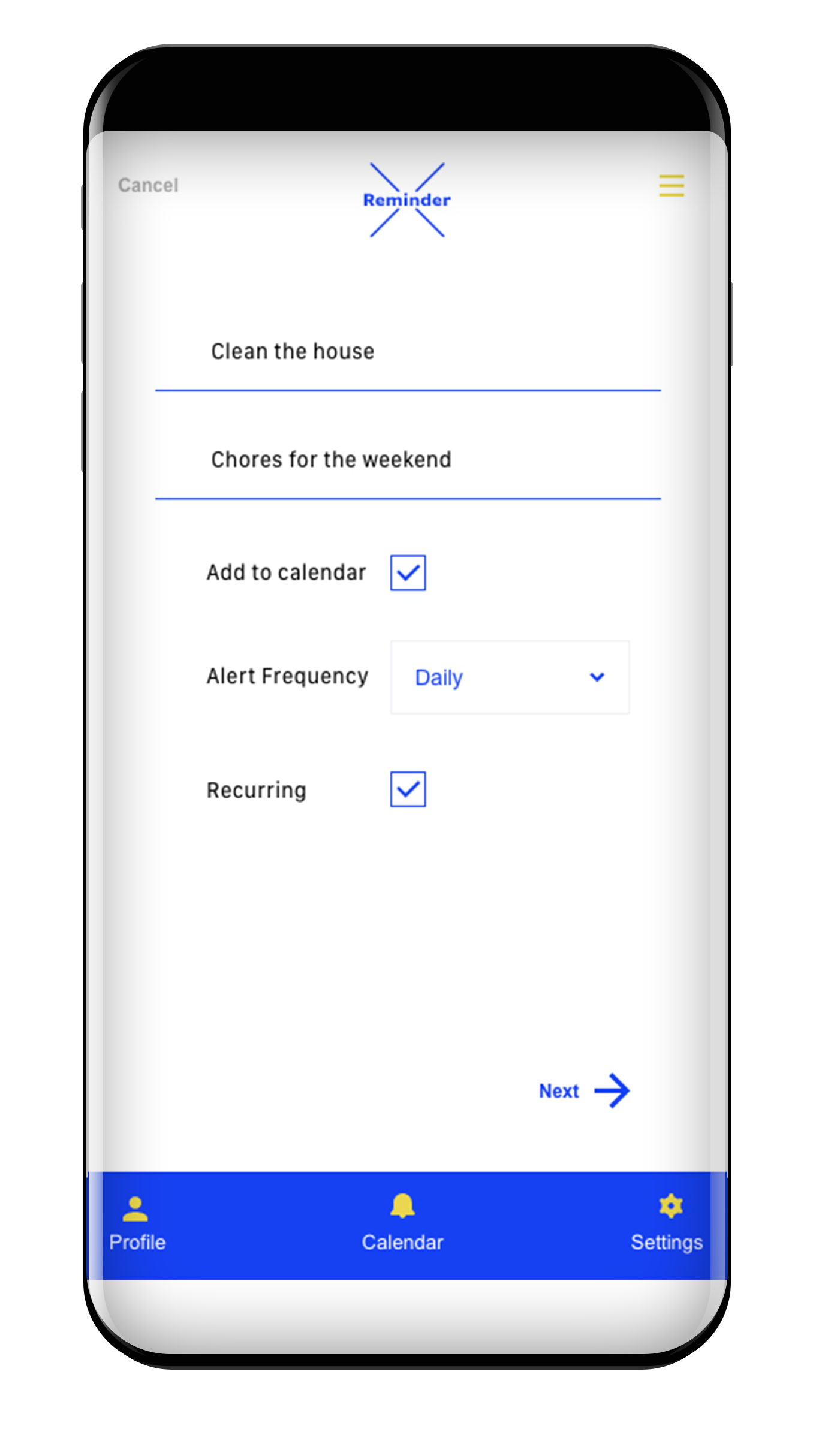 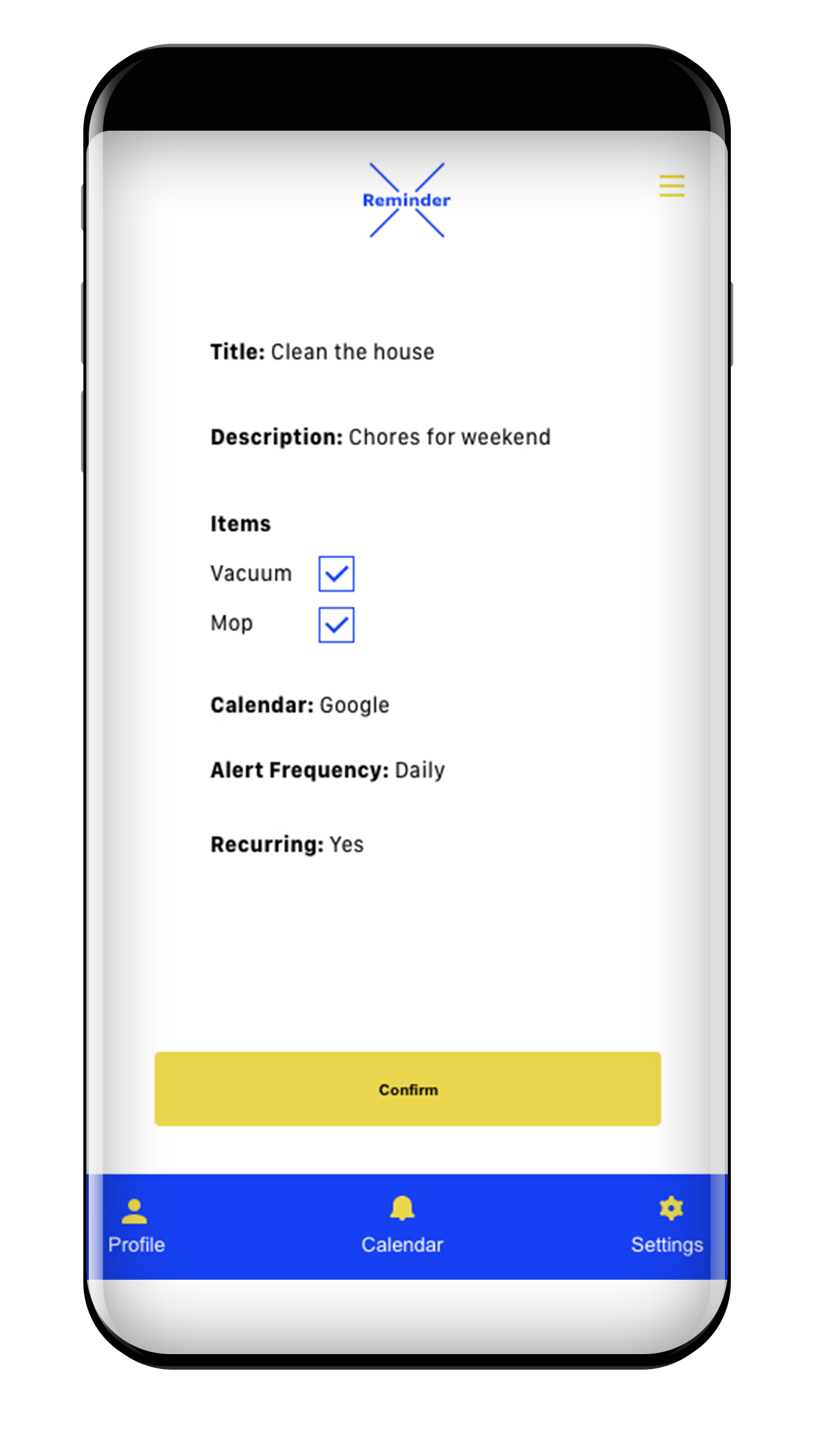 Since this was an introductory course to the MS program I learned quite a bit about the formal process of UX Design. I like how it gave me a good linear process from start to finish. I spent a good part of the course learning how to recruit participants. Craft questions and tasks for participants, and use the information to come up with some proposed solutions that could address the problems and achieve the goals of the project.